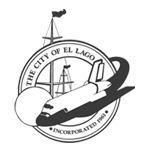 The El Lago City Council and the Planning and Zoning Commission (P&Z) conducted several public meetings in response to a formal request of zoning changes for a particular waterfront property for proposed land development. During these public hearings, comments from the City of El Lago Mayor, City Council members and various city officials were presented, in addition to public testimony.

P&Z submitted to City Council a final report on amendments of the zoning ordinance, a description and draft of a new zone for consideration for possible high-rise development with no recommendation to implement and recommended a Long-Range Comprehensive Zoning Plan for the City of El Lago.

On page 6 of the 25-page "Context and Form Final Report (PDF)," there is an error: The parks within El Lago should be Witty, McNair and Armstrong. Whitecap is not a public park, but a homeowners' area serving El Lago Estates.